Developing the Entrepreneurial Spirit for Life

Earlier this month I had the opportunity to watch 39 student teams from all over Europe compete in Lille, France, for the prestigious “Junior Achievement (JA) Europe Company of the Year 2019” title.

As many years as I have been involved in JA, I still found it really impactful to see young people confidently playing the role of CEO, CFO, or CMO, speaking and acting as entrepreneurs despite their age.

To get to that Lille stage, teams had to win their respective country’s competition with a fleshed-out entrepreneurial idea: a product, a marketing plan, and a projected profit and loss—with extra points for those who actually sold their product and realized a profit.

As was the case with many of the teams, Entella applied their entrepreneurship skills to solve a social problem. They created and actually sold a low-cost cylindrical filter that aids in waste capture and removal in oceans and other bodies of water.

But that was just Europe.

Around the world, JA student teams from some 100 countries compete every year for the “Company of the Year” title in their region: Europe, the Americas, the U.S. (separate from the Americas given its large size), Africa, and Asia.

The competition highlights the best ideas and business plans.  But what’s most important, if you ask me, is that throughout the year thousands of students worldwide develop their entrepreneurial mindset as they form teams and compete for the top title in their country and, hopefully, world region.

This is important because studies tell us that kids who are exposed to entrepreneurship early on are more likely to become entrepreneurs down the road or become successful businesspeople.

I’m a firm believer in the power of JA, which for 100 years has been instilling in young people three sets of skills to help them succeed in life: entrepreneurship, financial literacy, and work readiness.

It’s fitting that JA’s 100-year anniversary coincides with it being recognized as one of the 10 best NGOs (#7 in fact) in the world.  I want to congratulate Asheesh Advani, president and CEO of Junior Achievement Worldwide; and Francesco Vanni d’Archirafi, who replaced me as board chair. I’m glad to see they have led the organization to achieve the goals we had set out for ourselves.

Since its launch in 1919, JA has counted on the support of business leaders, including one of its founders, Theodore Vail, the then-president of AT&T. (As former vice-chairman of AT&T myself,  I’ve always been proud of AT&T’s support of JA’s mission.)

To this day, thousands of companies worldwide partner with JA to continue its mission, whether it’s by providing financial support, by sharing their expertise, or by making it possible for their employees to volunteer as mentors.

A skill for life

Watching those young people presenting on stage in Lille was a reminder of the transformative power of JA in terms of equipping young people with the skills to succeed as they enter the workforce.

By instilling the entrepreneurial spirit in the minds of young people, JA is not only equipping them with the skills to lift themselves and succeed but, even more important, to make an impact in their world.

In a world where people are questioning some of the intentions of business I like to see kids who have found a way to combine business with social causes through social entrepreneurship, creating—as the Turkey team showed us—new and exciting products that solve a problem and benefit everyone. 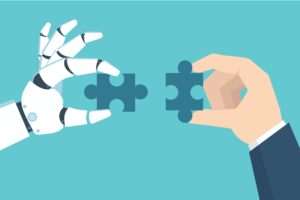 Prepare to Work with Super Machines 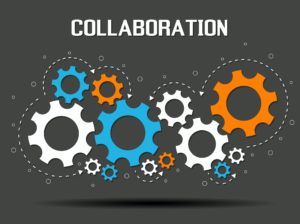