I’ve always believed in collaboration, but a recent experience convinced me even more that great things happen when people and institutions work together to deliver something they could not do on their own.

Earlier this summer I was invited to share the stage with the outgoing president of Georgia Tech to talk about the school’s role as a driver of economic development. I have a lot of respect and admiration for George “Bud” Peterson and I’m a big fan of the school, having collaborated with its leaders for a number of years, so I was honored to accept his invitation.

Creating a setting for innovation

When I was CEO of AT&T Mobility, we quickly realized we could no longer wait for people to bring innovation and technology to us. We had to go where innovation was flourishing.

Based on this realization, we decided to staff centers of innovation located near research centers and academic institutions. We were looking for universities that shared our vision of taking research done in a lab and bringing it to life by collaborating with scientists, entrepreneurs, investors, and other large businesses.

Which is precisely what Georgia Tech had in mind for its innovation center, Technology Square.

It was a good fit, so we became one of the first corporations to join Tech Square. In 2013 we built the AT&T Foundry, our mobile communications, innovation, and research lab, right on Tech Square. And, encouraged by the success of that lab, we later created the AT&T Drive Studio nearby, the first facility of its kind to focus on connected cars.

Tech Square has been a tremendous success. Today, more than 30 companies have located their research labs there. In 2018 alone they invested $908 million in innovation projects and $124 million in related contracts. They received 68 U.S. patents and announced 300 inventions, half of them with student involvement.

As Dr. Peterson explained to the audience, in addition to creating product ideas for their companies, these corporate research labs foster relationships with Georgia Tech that continue to grow and expand in different ways.

A perfect example of that is the collaboration among Georgia Tech, Udacity, and AT&T that led to the creation of the first accredited Online Masters of Science in Computer Science.

In five years, the program has enrolled more than 10,000 students, all working their way toward the same Georgia Tech M.S. in Computer Science as their on-campus counterparts but at a fraction of the cost.

One big winner from this experience in collaboration is the community that Georgia Tech calls home.

Atlanta and the state of Georgia have benefitted greatly from having a world-class innovation center in the city.

Georgia Tech has been instrumental in developing the state’s economy by attracting major corporations to Atlanta, helping Georgia communities expand and manage their expansion, commercializing research ideas, and assisting entrepreneurs in getting their businesses off the ground.

It’s always helpful to look back and distill the lessons one learns from life’s big challenges. For me, there are three key takeaways from my experience with Georgia Tech.

First:  collaboration pays off.  The huge success that we and other corporations experienced from partnering with an institution like Georgia Tech show the boundless opportunities that exist for those who are willing to work with other companies, other industries, and other fields.

Second: whether you are a leader now or plan to become one, this is a great example of why it’s important to collaborate with others rather than build walls to protect what you know.

And, finally, collaboration is a spirit that applies not only to businesses but also to individuals personally.

I have no doubt that our greatest future leaders will be those who collaborate with others, regardless of background, on innovations that solve our biggest problems. 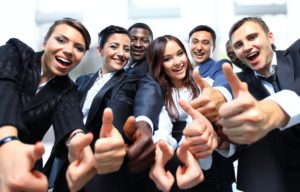 Developing the Entrepreneurial Spirit for Life 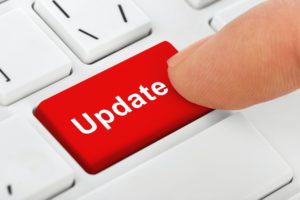 Alert: Your Brain is Due for an Update
Menu