Strategies to Increase Board Diversity

It’s encouraging to see that progress is being made in increasing diversity on corporate boards, especially when it comes to women directors.

According to a recent SpencerStuart report, as of the end of 2020 for the first time all S&P 500 boards had at least one woman in their ranks.

However, we still have work to do to bring up the total number of women serving on boards.  At the end of 2020, they represented 28% of the total S&P 500 board seats. That’s an increase of just 2% from the prior year.

Clearly, women are making progress. But we still have a long way to go.

No progress for ethnic minorities

Even more concerning is the fact that in 2020 ethnic minorities made no progress in getting appointed to new S&P 500 board seats, according to the same report.

Ethnic minorities accounted for 22% of the 413 new independent directors that were appointed last year. And while that figure is significantly better than it was 10 years ago, it’s actually down by 1% from 2019.

If we drill down by ethnic background we see that:

The relatively small number of S&P 500 board openings (around 400) that become available each year are the windows of opportunity for companies to add diversity to their boards.

Clearly, the problem is not a lack of candidates but a lack of ways to connect.

In my opinion, the traditional approaches need to be revisited by both companies and individuals. I’d like to offer a few suggestions to each group.

These tactics work. I have seen them being used very successfully by the boards on which I serve. Two of those boards just added four excellent directors (two women and three ethnic minorities) using these approaches. I know these recommendations are worthy of a board’s consideration.

Diversity and inclusion at the top

The number of minority individuals in this country is going to continue to increase.  That makes it imperative for companies that are looking to thrive in a more diverse environment to have more diversity at the top, both in their leadership teams and their boards.

In my experience, I have found that diversity and inclusion are good for business and are the right thing to do. When you have a team of talented, diverse individuals operating in an inclusive environment, they deliver amazing results, often far and above what they even thought possible.

And isn’t that the best definition of a great organization?

Uncertainty at the End of the Tunnel 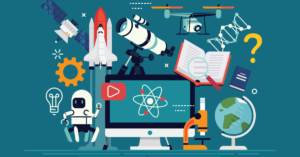