In the past decade neuroscientists have produced significant proof of why leaders should not only learn to use both sides of the brain but also be able to switch swiftly between one and the other.

We’ve known for quite some time that one part of the brain, the Task Positive Network, is responsible for mechanical and analytical tasks.

Empathy, creativity, and thinking outside the box are processed in a different part of the brain, the Social Network, which forms part of the Default Mode Network.

Now, here is the latest finding.

Using Functional Magnetic Resonance Imaging (fMRI), which measures the blood flow to the brain, scientists have been able to verify that the two sides cannot activate at the same time.

In fact, activating one deactivates the other.  When the Task Positive Network is activated (say, when working on a balance sheet), the Default Mode Network, which deals with relationships, is suppressed.

Why it matters long term

This is important if you aim to become a more well-rounded, effective leader (or if you are a leader developing upcoming ones).

Taking on successive roles that use the same mode of analytical thinking and where there is limited interaction with people will hinder the development of your social side, and vice versa.

And, perhaps even more important, you may not gain the experience necessary to enable you to easily move from side to side. Indeed, the longer you stay in one role, the less likely you’ll be able to switch between the two networks, resulting in a prolonged suppression of one network.

That would keep you from learning precisely the skill that gives the most effective leaders an edge: being able to switch back and forth between the two networks.

In fact, the most effective leaders can do so in under a second, according to Richard Boyatzis, one of the scientists involved in the study. (I strongly suggest you watch this short videoin which he explains the science in very plain language.)

To achieve that, the scientists advocate leadership development experiences that strengthen both sides while providing opportunities to learn how to switch between both networks.

Having assignments that require both are ideal to strengthen both sides and the ability to switch.

While at the time I was not aware of these findings, throughout my career I intentionally placed upcoming leaders in a variety of assignments to help them develop both sides of their brains and unknowingly teaching them how to switch, which is something you can’t learn by reading a book or taking a course.

That is why I often assigned young executives to a role that I found very effective in developing leadership skills. And that was running call centers.

Running a call center requires using both the analytical and the relationship sides. You have to analyze tons of data every day (calls, performance, customer satisfaction, etc.); and you have to deal with people, both customers and employees, and switch between them all day long.

That experience helped me at one point when I was responsible for all the call centers in my region, and it has helped many young executives be better balanced and able to, as the theory suggests, switch back and forth as conditions warranted.

Be the leader you want to be

I realize there are leadership theories that advocate playing to one’s strength and accepting one’s limitations.

While I respect them and see their applicability for those who want to hone in on their strengths, I am more about the “and” than the “or.”

If you are familiar with my personal story, you’ll know I’ve always followed my grandmother’s advice to never let anyone put limitations on what I could achieve.

I graduated from college with a degree in engineering after spending four solid years using analytical thinking and very little—if any at all—on the relationship side.

Not surprisingly, when I joined the work force, I was very good on analytics but void of experience and wisdom on how to supervise, lead, and communicate with people.

But I knew if I wanted to advance, I would have to address those deficiencies. Among the many things I did was to join the company’s speakers bureau to learn to communicate more effectively.

It was painful at first, but I ended up giving speeches to whoever would listen to me in order to improve my communications skills.  The more I tried the better I got, to where today communication is easy for me.

This experience led me to believe that you can change things and that you can develop your less dominant side. Some things may not come naturally, but you can still be very effective at them with practice and coaching.

I learned that the hard way, by trying and trying again. I’m not saying it’s the only way. These days there are many excellent executive coaches who can help you become a more effective and balanced leader.

The better leader in you

There is much for us to think about from these findings.

They tell us we must be deliberate in exposing young leaders to different assignments, within and outside their main area of expertise, and give them opportunities to flex the switch muscle not only to make them more well-balanced but also more agile.

Leaders who have learned to use both brain networks and who have developed the capability to switch seamlessly from one to the other will be better equipped to handle tough challenges today and into the future.

I’m convinced if you are one of them, you will not only be a more balanced and effective leader, but a better person, as well.

FIND OUT MORE ABOUT THE SCIENCE 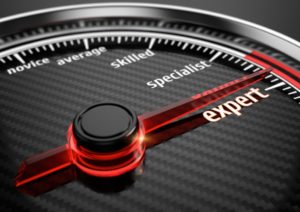 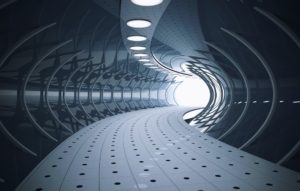 Uncertainty at the End of the Tunnel