The Power of Agile Corporate Cultures

I can’t think of a more potentially disruptive innovation to today’s businesses than the introduction of Artificial Intelligence (AI).

It’s bound to be a textbook-case of the disrupt-or-be-disrupted scenario: Companies that embrace AI early on are likely to thrive and disrupt their industries, to the detriment of peers that fail to adapt.

So, why aren’t they?

As much as we’ve all been reading about the disruptive power of AI, you would think that companies would be rushing to implement it into their organizations.

According to the authors of a recent Harvard Business Review article[*], only about 8% of companies “engage in core practices that support widespread adoption” of AI.

How can that be possible?

It turns out that one of the biggest challenges in implementing AI is not the technology itself (that is, understanding it, getting everyone trained on it, upgrading your systems, and allocating the capital).

Rather, the challenge is the company’s culture.

Too rigid to change

This was a big aha for me: Having a culture that is not agile enough to change and adapt to innovation is more challenging than the new technology itself.

In a way, it helps explain the casualties from the recent wave of digital innovation.

We can all think of companies that reached the top of their class through innovation and disruption, but later failed to spot and adapt to the next wave.

As a result of those miscalculations, several star names disappeared from the market while others had to reinvent themselves entirely under new leadership.

You have to ask yourself, how can otherwise smart, well-educated, savvy leaders miss an oncoming disruptive trend?

You may argue that just the pressure of beating the competition in next quarter’s results may keep leaders from spotting, much less reacting, to threatening new trends.

Most likely, however, it’s lacking a corporate culture that’s agile enough to spot and seize change.

Whose job is it?

Which leads us to the question: Who is in charge of the corporate culture?

Without a doubt, the organization’s leaders are in charge of creating and fostering it.

But, counterintuitive as it may seem, corporate culture must never be static. It needs to constantly evolve and adapt to the environment in which it operates.

And that’s where the guidance and oversight of the board of directors comes in.

With their insights from other lines of business, experiences from running or having run successful operations, and their track record in spotting and navigating new trends, board members can guide leaders in creating and nurturing a corporate culture that’s agile enough to embrace, rather than fear, change.

Members of corporate boards also have the privilege of perspective.

Consequently, they are able to spot misalignments between the company’s objectives and its strategies (including the type of corporate culture) and provide guidance to the leaders so they can make the necessary adjustments.

It stands to reason, then, that a diverse board would be more able to spot such misalignments.

By “diverse” I mean not just gender, age, and ethnicity. I mean different ways of thinking, different approaches to entrepreneurship, and different levels of risk-taking, among others.

The power of diverse boards

Those are the types of diverse board inputs that can help company leaders foster a culture that accepts dramatic change and is excited by the prospect of it.

We’re entering unchartered territory. We’re in a mode of discovery as we head for a future we can barely begin to grasp.

The companies that will survive and thrive in a world largely driven by AI and other innovastions are those that possess an agile culture and a diverse board.

A board that includes leaders such as those featured in this issue of Latino Leaders.

My congratulations to the companies that had the wisdom to appoint them to their boards, and to the individuals themselves for their role in helping American corporations stay agile in a changing world. 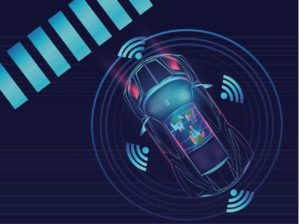 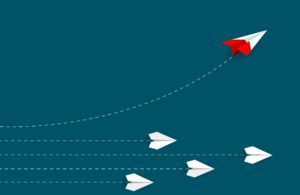 Culture or Structure: Which Matters Most in Innovation?
Menu