In 1776 the Declaration of Independence proclaimed that “all men are created equal”.

Although progress has been made since then, the promise of those words is yet to become true for a large number of Americans.

In the past few weeks we saw evidence of that. Multiple videos recorded on smartphones in different locations shed a light on the injustice that still exists.

We saw images so compelling that people ignored lockdowns and social distancing guidelines to come out and protest because they saw racism as a bigger enemy than the COVID-19 virus.

Were it not for video, the events of the past few weeks may not have received such notoriety.

Nor would they have united people from all walks of life against unjust acts they saw with their own eyes.

I doubt many of us who worked on the smartphone revolution ever thought the same device that gave us texting, email, social media, and music-on-the-go would one day serve as a recorder and broadcaster of injustice.

But that’s what it has done. This past week I realized the biggest, most transformational contribution[I] of the smartphone to society is that it can shed light on injustice anywhere and broadcast it everywhere.

The tip of the iceberg

Unfortunately, not all actions, policies, and personal biases that lead to injustice can be captured on video.

Which is why it has been said that what we’ve seen is just the tip of the iceberg.

And precisely because many cases of injustice and bias cannot be captured on video, we must be ever vigilant about racism and injustice.

If Dr. King could see us now

In the 1960s my personal leadership hero[ii], the Rev. Dr. Martin Luther King Jr., and his followers fought an extremely long and hard battle to achieve Civil Rights legislation in this country.

Sadly, were Dr. King alive today he might not be pleased with the progress we’ve made since then.

Just as an example of the gap that still divides us, today the average wealth of white households in America is seven times that of black households ($933,700 vs. $138,200).  Seven to one exactly the same ratio it was in 1962, two years before Civil Rights legislation[iii].

What attracted me to Dr. King’s leadership style was his emphasis on nonviolence.

“Darkness cannot drive out darkness, only light can do that. Hate can­not dri­ve out hate; only love can do that,” he said.

While he might have been saddened by the initial violence at the onset of the recent protests, I suspect he would have been pleased seeing how these turned into peaceful demonstrations that have galvanized the world toward change.

Change starts with me

Societal and organizational change does not happen overnight.  We can’t wait for institutions to change. We must start it ourselves, as individuals, by taking a deep and honest look within ourselves to discover our own biases and moral conflicts. For example, ask yourself:

I can’t tell you the answers to those questions.  All I can say is that change begins with each of us facing our own biases and then aligning our actions with our moral beliefs.

As leaders we have an added responsibility: that of leading change within our organizations so that they, too, reflect the communities they serve.

It’s through all those efforts, individual plus organizational, that one day, hopefully in a not too-distant future, the meaning of the words in the Declaration of Independence will become a reality for all Americans.

[I] Of course, with every technology there is potential for misuse. We must be vigilant to make sure that that the power of video is not to mislead and misinform people as opposed to shedding a light on injustice. [ii] I have been a student of Dr. King’s leadership style for years, and I devoted a chapter in my book, to his teachings. Also, because of my admiration for Dr. King, I served as a trustee at his alma mater, Morehouse College for five years. [iii] https://www.economist.com/united-states/2019/04/06/the-black-white-wealth-gap-is-unchanged-after-half-a-century 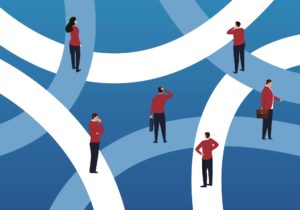 Leading Effectively Despite the Unknowns 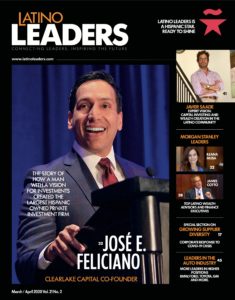