During a visit to Madrid, Spain, several years ago, I had the opportunity to visit the Museum Reina Sofia and see one of Pablo Picasso’s most famous works, Guernica. The painting made an immediate impression on me. Its powerful images brought to life the catastrophic bombing of Guernica by the Nazis in 1937 during the Spanish Civil War* . In particular, it highlighted the suffering of innocent civilians. The painting toured the world as a reminder of the tragedies of war.

Today, we don’t have to travel to a museum to witness the same type of tragedy and suffering. It is being shown on our screens around the clock as Russia invades Ukraine, an independent, democratic country, without provocation. Eighty-five years later, the same indiscriminate bombing of civilians is taking place, and we see it in near real-time. The invasion has also caused a refugee crisis as millions of Ukrainians, mostly women and children, are taking refuge in nearby countries. Millions of families are being separated by the war.

These images of Ukraine bring back personal memories as a ten-year-old refugee from Communist Cuba when I was separated from my parents. The separation, which lasted four years, was one of the most challenging periods of my life. However, I was fortunate that the United States welcomed me and allowed me to live in freedom as an American citizen. Something for which I will always be grateful. I hope that nations of the world open their doors to refugees from the current crisis. As difficult as this time is for them, I am living proof that you can start life again and achieve your dreams.

It is difficult to explain why we have not learned from our past mistakes. Perhaps the best explanation I have read on this topic is by Ernest Hemingway, who in 1935 wrote:

“War is no longer made by simply analyzed economic forces if it ever was. War is made or planned now by individual men, demagogues and dictators who play on the patriotism of their people to mislead them into a belief in the great fallacy of war when all their vaunted reforms have failed to satisfy the people they misrule”

If we have any hope to prevent these types of tragedies in the future, the leaders of the world must take a united stand against demagogues and dictators who promote war. This is a time when leaders must be united and consistently apply non-violent actions to force change without further escalations of violence.

In my view, there is only one way to lead people, and that is with integrity. This means being honest and leading people with moral values. It also means having the courage to confront and stand against the forces of evil.

* Guernica, in the Basque region of Spain, was bombed by Nazi Germany and Fascist Italy at the behest Francisco Franco’s rebel Nationalists faction in 1937. 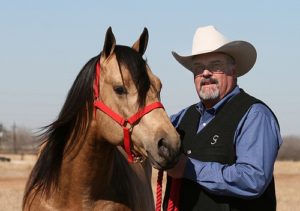