Culture or Structure: Which Matters Most in Innovation?

Which is most important for organizations trying to come up with the next breakthrough: having a culture of innovation or establishing a separate structure devoted to innovation?

As with many either-or questions, there is no right answer. But, in my experience, I think it takes both: culture and structure. Let me explain why.

A case for structure

Let’s start with structure. Its supporters, including Safi Bahcall, author of Loonshots, argue that organizations should create a separate structure where an independent team can work on “loonshots” undisturbed from the pressures of the main business. Loonshots, he says, are the crazy ideas that organizations may fail to pursue when its ongoing operation isn’t able to accommodate the amount of change, investment, and patience required to pursue a new thing.

In that framework, I totally agree with the idea of structural separation. In fact, I can personally vouch for its merits.

During my tenure as CEO of AT&T Mobility, we created that kind of structure for the Emerging Devices Organization so it could focus entirely on ways to innovate and deliver mobile solutions.

This is the same approach I’ve seen work in other organizations, including Junior Achievement Worldwide.

As I described in a previous article, JA USA* created a separate structure, known as 3DE Schools, to try a new way of delivering its core teachings in preparing kids for the future of work. In a nutshell, the 3DE model uses a school’s existing teachers—instead of volunteers—to deliver those core teachings, albeit in a different format and with an expanded curriculum. There are many other differences, of course; and you can read more about them in my article. But the point here is that a separate structure allows a new way of impacting students.

A case for culture

Having said all that, you may be surprised to know that I firmly believe that structural separation alone is not sufficient for successful innovation.

Here’s where culture comes in.

First of all, unless you have a culture that favors innovation, you may not get the approval and funding to create a separate unit for innovation.  That alone would be a showstopper.

It was AT&T Mobility’s own culture of innovation that allowed the creation of the Emerging Devices Organization I mentioned earlier. The result of that separation and focus paved the way for the development of innovative mobile solutions to the auto industry, which led AT&T Mobility to become an industry leader in that space.

Similarly, it was a culture of innovation that allowed the creation of 3DE Schools in a start-up-within-an-organization model. There, the early results are simply amazing. Students participating in the 3DE program are performing better and graduating at higher rates than peers at the same schools who are not participating in the program.

JA Worldwide uses the separate entity model in places such as India and Paraguay to deliver new models of learning targeted to the specific needs of students in those areas.

The history of innovation is paved with stories of ideas—loonshots—that failed not by the merits of the invention itself but by the lack of patience, tolerance, and support from the main organization.

Innovation is not an A-to-B line. It’s often a twisted line that requires making numerous pivots and adjustments along the way as the team hits snags.

Those can be difficult times for start-up units. Unless they have the support and protection from top leadership, they run the risk of being absorbed prematurely into the main operation, limiting their freedom to innovate, or worse, being squelched.

The key word here is “prematurely.” As the innovation succeeds in the marketplace, it may make sense at some point to fold parts into the main organization.

Personally, I like the idea of bringing parts of the successful innovation into the main organization while keeping the start-up unit separate so it can work, undisturbed, on the next idea.

It would be unrealistic to measure the start-up’s success using the same metrics used by the established organization. You also need to establish separate metrics to gauge its success.

JA, for example, created different measures of success that focus on “outcomes” instead of “outputs.” According to Asheesh Advani, CEO of JA Worldwide, “Measuring growth in the number of students we serve is not enough. We have supplemented output measures with incentives for innovation that are based on outcomes and impact metrics tied to our mission.”

So it’s not just a different structure; it’s also a different way of measuring success. One that lets the team achieve goals in their own space without danger of running out of time and money while trying to meet the metrics of the main, established organization.

The rewards of innovation

My experience in working with startups during the past three years, and previously with in-house innovation units during my career at AT&T, is that great ideas need an incubation period. They also need a protected environment, an incubator of sorts, where they are free to experiment, unburdened by high overhead and other pressures, while having resources at their disposal when it’s time to scale up.

Innovation is exciting.  It takes courage, hard work, investment, trust, and faith.  It needs the right environment for it to have the time to grow and develop.  Until fully developed and proven, innovation lives in a fragile state at the mercy of its sponsors and supporters.

That’s why, in my view, breakthrough innovation within the framework of an existing operation needs to have both: a separate structure for it to grow and develop, and a leadership culture that will support it along the typical twisted path, confident that their investment, patience, and understanding will be rewarded in the end by success.

[*] JA USA is part of the JA Worldwide network 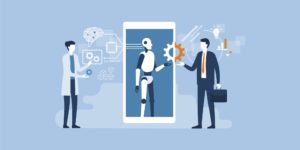 The Power of Agile Corporate Cultures

How to Become a More Creative and Innovative Leader
Menu